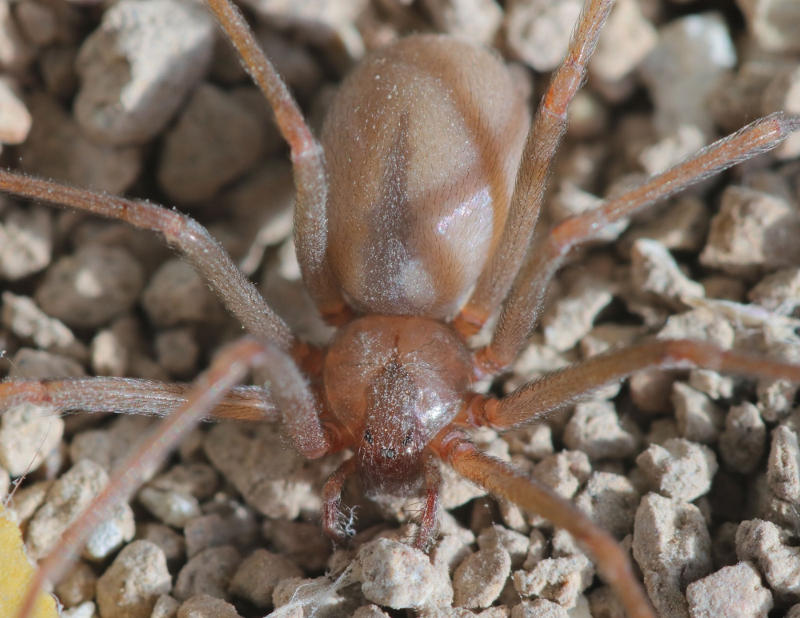 Spiders will likely enter your home to other insects living there.  Spiders will find the most comfortable way into your home through cracks, garage doors, entryways, and window openings.

How do you know you have spiders?

Spiders typically like to hide in dark areas.  You might see spiders in your home attic, sheds, closets, cabinets, and other dark regions of your home and yard.

A very common way to determine if you have spiders inside or outside of your house may be the presence of webs.  If you continue to see multiple webs throughout your property, you will need to call an expert as you may have an infestation.

How can you prevent spiders?

Many of the ways to reduce spiders inside your house are to maintain the landscaping.  Make sure that there are not many secluded dark areas in your yard.  This may include woodpiles, overgrown landscaping, and other areas of clutter.  Try to eliminate as many piles of debris as possible around the exterior of your property.

Spiders love to live in Arizona rocks located around the yard.  They will also make homes in landscaping where it is dark and more remote.

If you can reduce or eliminate the spider's food source, they will likely crawl to the neighbor's house.  An ongoing pest control maintenance program is always recommended for those who cannot stand the sight of a spider.

Brown recluse Spider – these are hazardous types of spiders that live in Arizona homes and yards.  They are usually light brown or tan, measuring a few inches in length.  They prefer to live solitary in nature.  They create their homes where most humans will not disturb them.

Black Widow Spider - very well known and tend to make most Arizonans nervous when seeing them.  Females are more problematic as their venom is more dangerous than their male counterparts.  They tend to be seen in large webs in garages, sheds, landscaping, and woodpiles.

Wolf Spider – are more massive and, therefore, more feared than most spiders.  They prefer the outdoor environment and are nocturnal.  Wolf spiders may create tunnels to hide quickly.

House Spider – this the most common spider found inside Arizona homes.  They are the least dangerous of the four mentioned above.

Tarantula Spider – these are not only scary looking for most, but pets for some.  While these are not commonly seen inside homes in Arizona, they can still exist in desert environments.

Female spiders will produce egg sacs and may even eat their male after mating.

Where are they found in Arizona?

Spiders are found throughout Arizona.  While you might think that Arizona may be a terrible place for spiders to live and thrive, some of the worst can be found here.

Spiders are arthropods (arachnids) with over 45,000 known species.  They typically have eight legs.  Spiders can range in size from rice size to large footlong tarantulas. At the same time, most spiders have venom, only a handful of spiders dangerous to humans.

Spiders have two separate body regions, do not have antennae or wings like most insects.  They will have up to 4 sets of eyes on their bodies.

The black widow and brown recluse are the more dangerous spiders found in the United States.  Spiders are carnivorous, either trapping insects in spider webs or hunting them.

Are Spiders Found In Arizona Dangerous?

As mentioned above, most spiders are venomous so that they can be very harmful to humans and pets.  A bite from a brown recluse or black widow may result in cramping, vomiting, severe pain, trouble breathing, and swelling.

If a spider bites you, please seek immediate medical attention.  The wolf and house spider are not considered as harmful as the brown recluse or black widow.  Spiders are not generally regarded as aggressive towards humans.

What should you do if you have a spider problem?