Top Signs Your Home Has A Termite Problem

Termites are among the most destructive pests in the world and you need to call a termite control expert immediately if you think you have termites.

They are capable of creating havoc on several properties within no time. They can destroy properties worth thousands of dollars, thus creating instability on your properties.

Several factors may contribute to termites emerging. They include rising moisture levels, atmospheric pressure temperatures, wind, and light intensity. Even though several areas of the country may get termite swarms during the spring, in the region whereby temperatures are favorable, they may also flock in the fall.

Despite where you reside, it is good to keep termites keep out of your property. If you don't know what to look for, you might not be able to identify an invasion until it is too late.

This article gives an insight into several ways that can help you know that termites have invaded you. Therefore, you will become aware and take the necessary measure to eliminate them and avoid any further destruction. 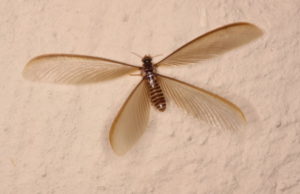 Flying termites by Derek Keats is licensed under CC BY 2.0

This is a good indication that sooner or later that you may be infested with termites. This is the primary sign that termite infestation is on the way. Flying termites are also referred to as swarmers or alates.

Both females and males fly together as they search for a good site that they can establish a colony. This also depends on the termite species, since some may fly during the night while others fly during the daytime.

Others, such as dry wood termites, may tend to be active just after the rainy season. In case you detect them around your location; it is good to start looking for them both inside and outside your house, or any other places such as crevices where they tend to settle.

If you sit down in a cool place in silence and hear some clicking noise that is coming out of the walls, it can be a clear indicator that you have been infested by termites. This noise is produced by worker termites.

Head banging is used as a way of communication to cause an alarm or warn the others that they are invaded by a stranger and hence, should run for their lives.

Termites also make such noises whenever they are eating, and you can be able to hear them whenever you lean your ear on the wall. In addition, research was once done, and it showed that when they are exposed to music, they eat twice as much as those that did not have the music.

When a female and male termite gets a mate as well as a suitable site, they can start a colony, and they will shed their wings. They choose a specific spot, crawl toward it, and secure it. Afterward, they start mating so that they can start a new colony. These two became the king and the queen of that colony.

They take care of the young colony until the workers are mature and take this responsibility. Thereafter they transfer these responsibilities they take over again as the king and queen of that colony. They enlarge it and can live more than a decade 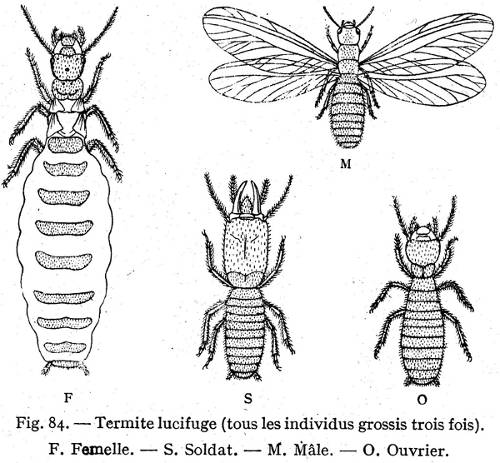 The species of drywood termite typically consume wood, thus leaving a thin layer of timber or paint. Whenever you tap or knock an area that has termite infestation or damage.

It will sound papery or hollow. The hollowness is because a part or all the timber inside has been consumed away. This is a significant sign of termite invasion

Several people confuse termites for white ants since they look similar and especially when they lose their wings. Termites have a lighter color, and their antennas are straight, while those of ants are bent. Termites also produce thicker waste matter than ants. Termite's wings are of the same size, while ants have one pair of wings that's larger than the other. 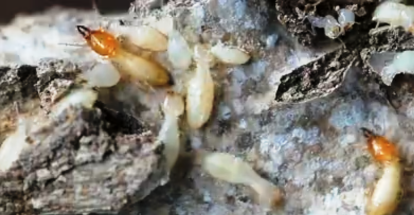 Window and doors that are tightly fitted tend to stick or gets hard to open. This is because of the presence of wet weather or humidity that makes them swell. This swelling can result due to termite infestation.

This is due to the fact that termites also produce moisture when they consume wood, and hence, the piece of wood gets damaged and warps. This may cause the doors and windows to get sticky. If you see this or other signs of termites, it's time to get residential pest management working immediately.

Tunnels are also referred to as galleries. They are apparently difficult to notice from outside. However, if you spot them on a piece of timber near your home, termites have certainly invaded your home 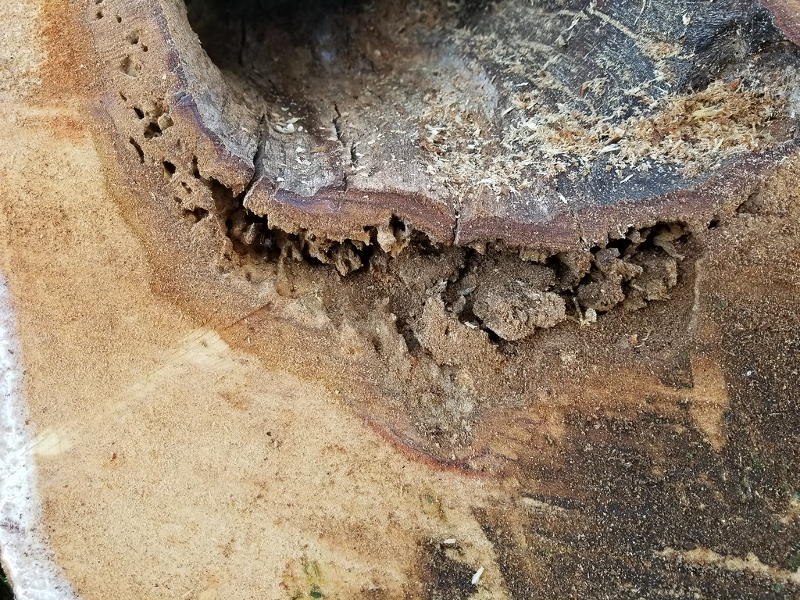 Dry wood termites never use their waste products when constructing their nest but instead push them toward the entrance of their nest; this is a major determinant that you should look for when you are examining any sign of termite invasion. You can see powdery, small black marks that can be visible along the walls, cracks corners, or vents of your house. If you see these, it means that you are near the entrance.

Damage to Fabrics or Papers 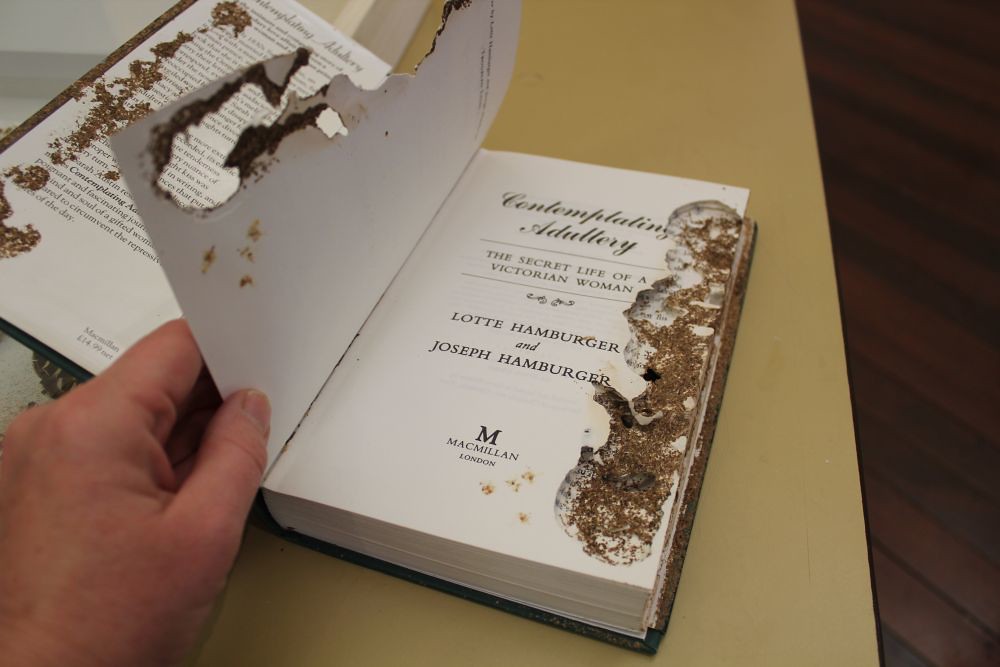 Subterranean termites build mud tubes to travel to their source of food that may be from your house. These thin tunnels preserve some moisture that shields from termites from drying out. Mainly you will notice mud tubes on the home's foundation. 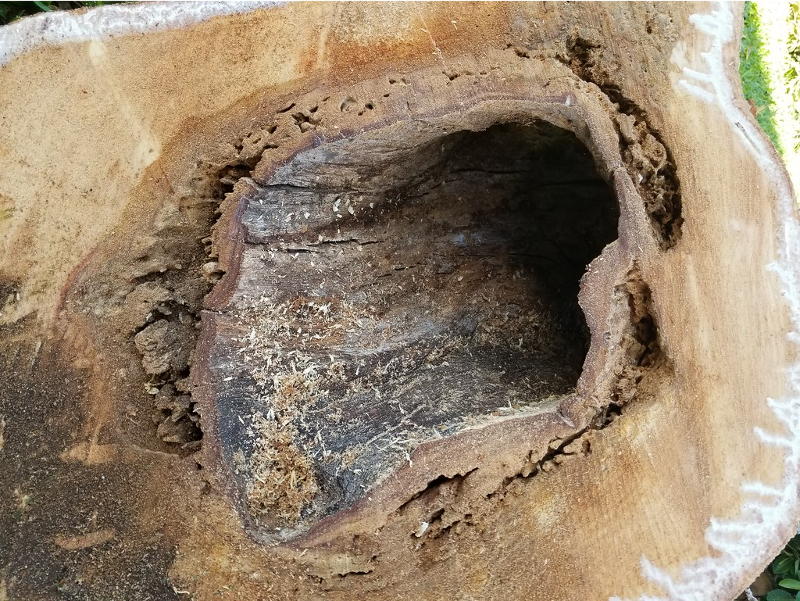 Termites have a tendency of eating wood from inside out; as a result, wood that produces a hollow sound when hit usually indicates a termite infestation. The Homeowners are supposed to try to find sweltering pieces of wood too.

A termite can cause big damage by hiding away in the wood and forming a honeycomb pattern, which is usually tricky to notice from the outer surface. As they go on with burrowing in and consume more of the floor covering, it compromises its structural integrity. Sooner or later, you will note that your floors will begin to sag and produce a hollow sound when you step over them. If you fail to fix it, it can potentially end up collapsing.

Trees that are damaged by termites may be very dangerous if they chance to fall and land on your house or at your backyard. It will also mean that the termites could be en route to your home. One of the ways of knowing if your trees have termites is to search for tiny holes along with wood shavings where they usually enter into the tree.

Mostly, the best place to search for termites is around the foot of the tree. Make use of a small spade to dig up around the tree roots just beneath the soil line. Also, you might notice skeletons of dead termites or discarded wings at the bottom of the tree.