What's the difference between Bees, Hornets and Wasps? 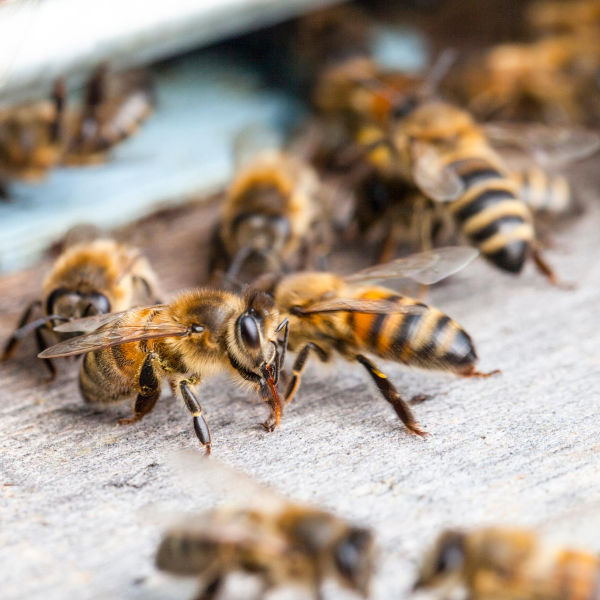 While Yuma farmers rave over the benefits of pollinating bees as pollinators, everyone else is busy side-stepping them so as not to get stung!

Most of the time, we don’t even know if they are bees, wasps, or hornets. Yes, there are distinct differences among these three stinging pests! In fact, they vary in physical appearance, behavior, and sting potency.

Let’s go over the ways that bees, wasps and hornets can impact your health and property!

Getting to Know Bees, Hornets, and Wasps

Stinging insects make appearances during warmer months, just in time for your backyard pool party. Figures.  Here’s how to tell the difference between bees, wasps, and hornets.

There are about 30,000 bee species in the world. Bumble bees, carpenter bees, and honey bees are three types of bees that are most often found throughout the Southwest. The bumble bee has a rounded, fuzzy body that’s colored black and yellow.

Bumble bees spend their days buzzing from flower to flower gathering nectar and carrying pollen. Don’t let their cute, furry appearance fool you. If you disturb them or their nests, they will sting you.

Carpenter bees look similar to bumble bees. They are black and yellow in appearance, but the lower half of their bodies are fuzz free.

Only female carpenter bees can sting, but they rarely do. Instead of chasing you around the yard, carpenter bees spend most of their time doing damage to wood structures such as siding, fencing, and fascia boards.

Here in Yuma, you’ll most likely find honey bees tapping water sources near your home.  They’ll drink from your pool, but also from the fresh water drainage from your AC unit.

Bands of dark yellow and brown color their bodies, and their hair looks less furry than the hair of bumble bees. Honey bees pollinate plants and have a huge incentive not to sting you unless they feel threatened. A honey bee’s stinger allows it to only sting once, and then it dies.

Wasps have cinched waists, and bands of yellow and black cover their bodies. They don’t have a furry look, so there’s no chance that you’ll mistake them as friendly. Wasps are somewhat aggressive. They can sting multiple times when they feel threatened or if you’re in their way.

While some wasps feed on flower nectar, others are meat eaters and aren’t much interested in pollinating your garden.

They are attracted to the hamburgers and hotdogs at your backyard barbecue. When they come calling, you’ll give a second thought to adopting that vegetarian lifestyle your quirky cousin told you about!

Tarantula hawk wasps are one of the most unusual types of wasps found in Yuma. These wasps inflict stings that are considered to be the most painful of any insect in the country. This sustainable-minded wasp attacks tarantulas, drags them back to its lair, and uses their carcasses for food and a nesting place for its babies.

Hornets are a type of wasp. They look similar to other types of wasps, but they are sometimes a little larger in size. They inherit the same aggressive nature of wasps, and often earn nicknames such as “murder hornet.” The European hornet is the only true hornet species that you’ll see swarming around Arizona.

Where Do Stinging Insects Live?

The habitats of bees, wasps, and hornets vary by type. Bumble bees are found living in rodent holes, and they often die during winter.

Hornets like to build their nests high up to avoid disturbances. They take up residence in rooftop ac units, sheds, and dense tree limbs.

Given that the homes in Yuma don’t have gutters or aluminum siding, Hitman experts weighed in on where they frequently find hives.

“Bees, hornets and wasps can build hives just about anywhere in Yuma but they prefer the protection of bushes and vines.”

What Happens When Hives Are Left Untreated? 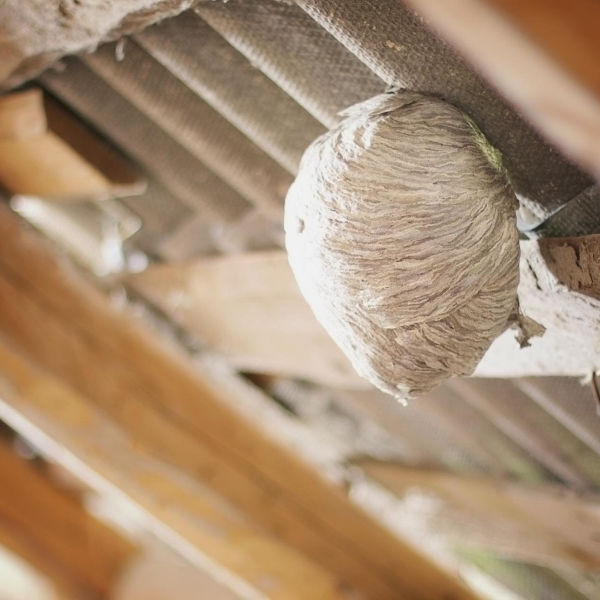 Have you spotted bees swarming around your home? You could have a beehive tucked underneath your wooden patio or roof overhang. Don’t zip up your bee suit or honey-collecting gear just yet.

The bees that are likely squatting on your property are carpenter bees or hornets. When left unchecked, carpenter bees cause extensive structural damage that costs home and business owners thousands of dollars in repairs.

Leaving a nest of hornets on your property is a health and safety risk. Hornets sting repeatedly with little provocation, and their stings are very painful.

The venom from bee, wasp, and hornet stings can cause deadly allergic reactions in sensitive individuals. When it comes to removing these pests, it’s best to call the professional exterminators to take care of your stinging insect problem.

Take a Hit out on Bees, Hornets and Wasps!

Hitman Pest is committed to making Yuma homes and businesses safer and more enjoyable with effective pest control. We use proven pest management methods that eliminate infestations and prevent them from returning. If your property has a bee, wasp, or hornet problem, fight back by hiring a Hitman!